The Benefits of Getting Involved in Recreational and Sporting Activities

What is the best surface for playing tennis? This is a question that many budding tennis players ask when they are getting started. Unfortunately, there is no single-best answer to this question. A variety of tennis court surfacing systems are available out there for tennis court construction, and each option offers a unique set of advantages and disadvantages that are carefully reviewed before a final decision is reached.

With that said, here is what you need to know about the four main types of tennis courts.

Far from it, clay courts are not actually made of clay. Instead, they are made of crushed stone, brick, shale, metabasalt or other unbound mineral aggregate. Clay courts are considered to be the slowest in the game of tennis because they reduce the speed and skid of the ball, but also produce quite a high bounce of the ball.

These courts are ideal for baseline players who want to allow themselves more time to retrieve their opponent's shots, instead of coming up to the net and attacking with volleys. Hard hitters don't usually thrive on clay courts due to the characteristics of the playing court.

Owing to their slippery surfaces, grass courts are the fastest of all tennis courts. Since these courts are generally softer than other tennis court surfaces, they cause a lower bounce of the ball. Because of their softer and somewhat uneven surface of the grass, grass courts may also generate an unpredictable bounce of the ball, which may make it difficult for players to return the ball.

Grass courts favour net players and players with a good serve of the ball.

As their name suggests, these court surfaces are the hardest and most durable, but also the easiest to maintain. This explains why they are the most common type of tennis courts available. Hard courts are generally made of concrete or asphalt—materials that are widely used as paving materials owing to their excellent strength and durability.

These characteristics make hard courts favourable for aggressive players, as well as players with a good serve.

Carpeted courts are removable tennis court surfaces that are generally made of synthetic material, such as rubber and artificial turf. These courts make for a fast game. This makes them ideal for players with a strong serve and quick reflexes.

Why does the type of tennis court matter? The type of court that tennis players play on matters because it has an effect on the playing style of the game. In fact, some court surfaces are better suited to certain playing styles than others. The best way to become a well-rounded tennis player is to learn how to play on the different tennis courts out there. 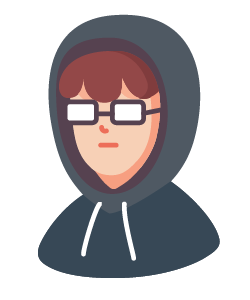 Hello! My name is Sara and I live in Perth. For many years, I was one of the most unhealthy people in my community. I would sit around all day long eating junk food and watching TV. As you can imagine, this made me pretty depressed. My life was transformed when my friend invited me to start swimming at the local pool and gym. Before I knew it, i was doing all kinds of cool sports which helped me to feel fitter and healthier. Now, I would never want to imagine a time when I didn't have sports in my life.